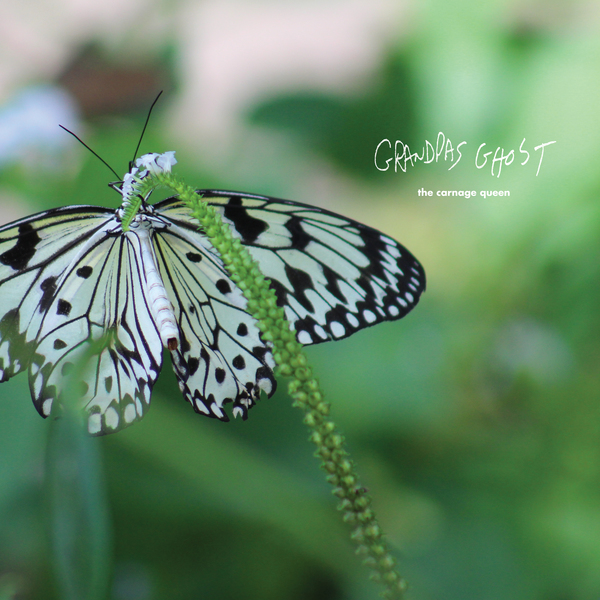 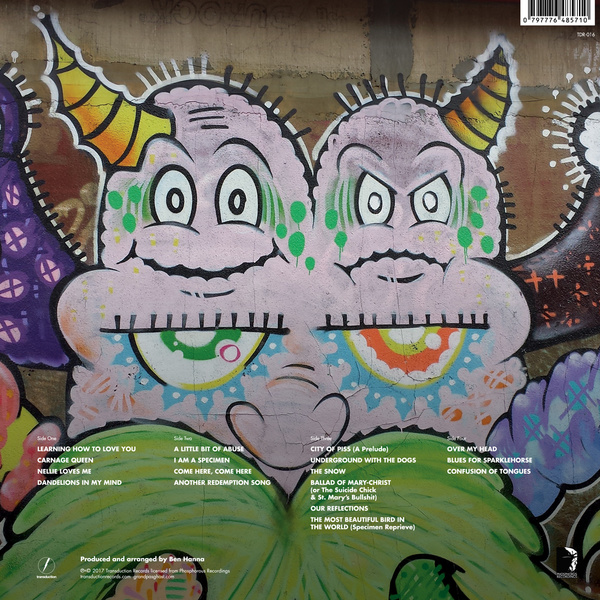 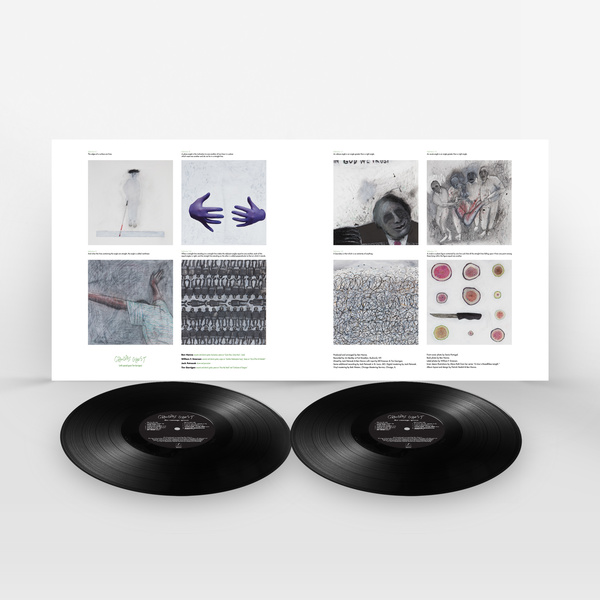 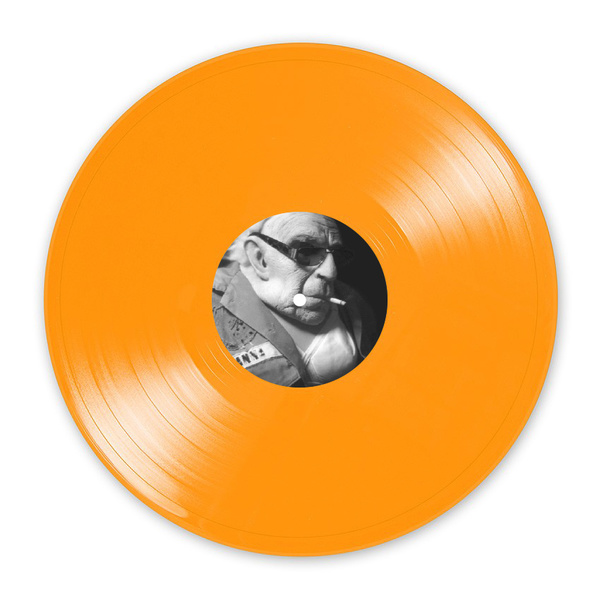 ​On their first release in ten years, The Carnage Queen finds Grandpa's Ghost pushing the boundaries of their music ever further, from hypnotic space-rock and extended guitar work-outs to beautiful acoustic ballads.

Opening with an eerie, fractured re-interpretation of John Hiatt’s “Learning How to Love You,” the album showcases the group’s deeply fried, psychedelic roots-rock sound with some of their most immediate and accessible songs.

Joined by special guest Tim Garrigan (Dazzling Killmen, You Fantastic!), the new double LP captures the band’s duality in essence—its back-porch acid-folk on one hand, its experimental, discordant rock explorations on the other.

The Carnage Queen serves up plenty of highlights – “I Am a Specimen” is a thunderous, spiralling groove that careens into a demented freak-out. “Dandelions in My Mind” is a stream-of-consciousness-tour-de-force, and stands as one of the band’s most powerful statements. Simply put, the new album is Grandpa’s Ghost at its singular, inspired best.

"Peddling a lysergic brand of americana, this double album re-defines the word sprawling, a long strange trip that takes you places you have never been before...this collection rises easily above its influences to stand proudly as a future classic." - Terrascope Magazine

"Pocahontas, IL’s Grandpa’s Ghost have been active since the ’90s, garnering beaucoup accolades and a too-small following, which is to be expected when roots and experimentation intersect. Impossible to imagine without the precedent of Neil Young in and outside of Crazy Horse, but boy howdy do they transcend that template on this 2LP (+ bonus digital set Country of Piss). “I Am a Specimen” is a highlight of raucous out-rock leading into “Come Here, Come Here,” which hits like a midwestern Lungfish crossed with Peter Jefferies." - The Vinyl District

"The dichotomy of the band's output goes beyond the quiet/loud, acoustic/electric divide; the most charged moments for Grandpa's Ghost are fuzzy, gnarly divining rods, while the more spare tracks create their circular and oblong patterns as if dictated by some long-suspended pendulum." - Riverfront Times

"Founding members Ben Hanna and Bill Emerson are joined by longtime drummer Jack Petracek and guest guitarist Tim Garrigan (late of stress-metal pioneers Dazzling Killmen), leveraging a sound that approximates a sideways take on Neil Young & Crazy Horse by way of Silkworm, or Wilco meets Shellac, maybe Mark Kozelek via Lungfish. They drive it hard; even the acoustic tracks feel like more fingernail lifters than fingerpickers. No bass player means no tether, so these guys get pretty far out there on the longer tracks...everyone looking for a new record with some teeth embedded in it and some clawmarks on the outside, line up here...Recommended" - Still Single

"Grandpa's Ghost play expansive de/reconstructed roots music for the 21st century with unpredictable, non-obvious songcraft...this would've found a great home on SST in 1985 or Drag City in 1998, but since I'm always on the lookout for great recordings made in the here and now - well, this is one of them" - Lexicon Devil

Side One:
1. Learning How to Love You
2. Carnage Queen
3. Nellie Loves Me
4. Dandelions in My Mind

Side Two:
5. A Little Bit of Abuse
6. I Am a Specimen
7. Come Here, Come Here
8. Another Redemption Song

Side Three:
9. City of Piss (A Prelude)
10. Underground with the Dogs
11. The Snow
12. Ballad of Mary-Christ (or The Suicide Chick & St. Mary's Bullshit)
13. Our Reflections
14. The Most Beautiful Bird in the World (Specimen Reprieve)

Side Four:
15. Over My Head
16. Blues for Sparklehorse
17. Confusion of Tongues